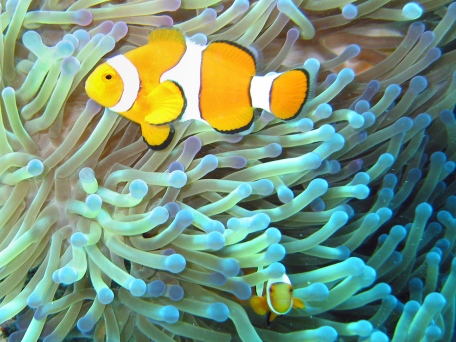 In my home country Australia we have decided to destroy the Great Barrier Reef.

Over the past year we’ve seen a lot of media reports on how plans for a new coal shipping lane in Queensland will impact on the highly sensitive and unique ecosystem of the Great Barrier Reef  – one of the true wonders of the world today.

A UN report said that the plans are a bad idea. Most non-Australians who read these reports think we Australians are completely nuts to sacrifice a million- year old generative colourful ecosystem of immense beauty for a 150-yr old dying dirty technology to create energy.

But what the ignorant foreigners do not understand is this:

We Australians must destroy our beautiful country.

There are many reasons for this. But this post is only about one of them: Democracy.

We Australians live in a democratic country and therefore we must destroy our country.

In a democratic process the reef was decided to be less important than the coal industry. We Australians believe in democracy and therefore we must destroy our beautiful country.

And this sums up my issue with democracy well.

I wrote a bit about my experiences with various forms of governance, such as sociocracy, liquid democracy and autocracy in a post named “Who Decides?” last year. Since then, my thinking has not progressed much, so I quote myself:

“We shouldn’t be afraid of trying new models of governance in small-scale experiments. Democracy is only an idea, which works in certain contexts. The challenge might be to create a world where any of all these types of governance is accepted, and where we acknowledge that they all have benefits at certain times. We might need an integral model which can hold all these and the new ones which we will dream up.”

Over the years I have met some brilliant people who dream up platforms for new forms of governance: Hackers, academics, writers, futurists, designers, social entrepreneurs and more. I think all these “how-to do decision-making ideas” are valid and together will form our post-democratic governance system. I was involved in a very interesting Facebook conversation earlier this year, where this analogy came up:

“Maybe we have to see our individual “how” projects as apps in a larger, global “game” for change. This game / platform should be able to hold all these, like Google or Apple do today with their app stores.”

So, some sort of dynamic, integral global game or repository of a lot of governance forms from autocracy to direct democracy and internetocracy, which are all useful for decision making in various contexts. If some -ocracy is missing people can add it. And if some -ocracy is rubbish it won’t be used. But it is still there on the app store for reference.

I guess Wikipedia already is the repository for all these. The issue for us today is which one to choose for each context. Especially for the planet.

Shit, I don’t know. But I’m very intrigued to see what will emerge…

With a shift in values towards planetary values comes shifts in systems, such as governance towards planetary systems. But even if we build the planetary platforms, app stores and -ocracys, our values will have to come along on the evolutionary journey. Otherwise it won’t work.

This blog post is part of series, which started with some of my issues.. I call this the irresponsibility series, as my inner conservative tells me that the posts and thoughts here are “utterly, completely irresponsible”. In the series, I discuss obsolete and new models for five things, with which I have issues: Democracy, Hard Work, Cars, Heroic (or Dickhead) Entrepreneurship and Settling. This series is based on Buckminster Fuller’s excellent quote, which has inspired many of us;

“You never change things by fighting the existing reality.
To change something, build a new model that makes the existing model obsolete.”