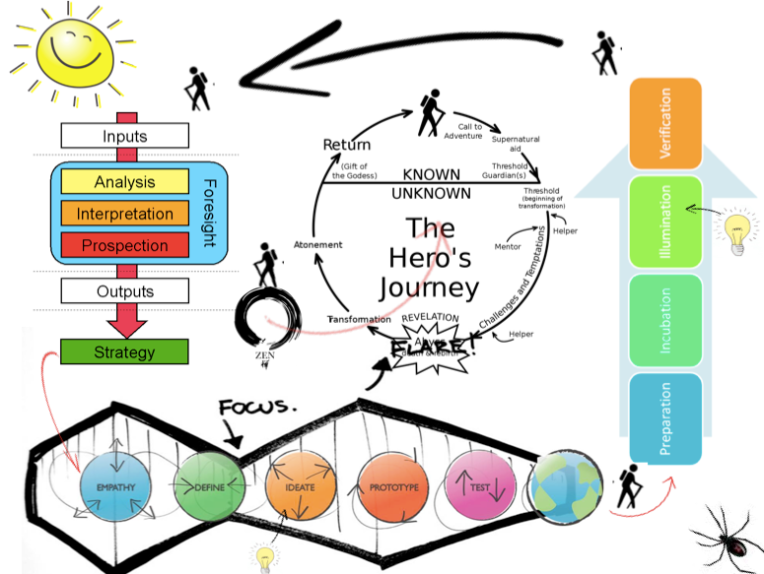 Some futurists, including me, are obsessed by process.

As you know, a process never describes what reality looks like. Reality is always more complex and messy. The beautiful randomness of  life is too hard to illustrate in a nice linear process.

I tried to illustrate my life at the moment and ended up with this image. I call this process The Mystery Train. 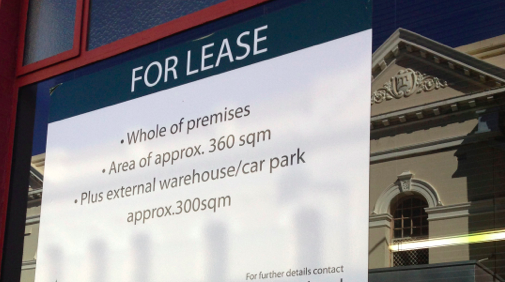 I’m looking for a space to lease. A space suitable to turn into a place where ideas are turned into action.

A place for makers and changemakers who work to co-create the future they want together. A combined coworking space and school for entrepreneurs, with a garden café and maker lab on site.

But as you know, large spaces in central areas of all major cities are expensive to rent these days. In order to get a lease you need a solid business plan and sensible investors backing you up. If you for example start a franchise of a successful American food chain you’re almost sure to get support.

But if you like me, want to start something new, strange and untested, you’re priced out of the nice old buildings in the centre. Priced out and pushed out. Out from the core of the cities, where post offices, police headquarters, courts, banks and city councils are. Out to the edges of town where vagabonds, immigrants, artists and other outsiders reside and work due to the cheaper rents there. This is how the double-edged sword of urban development we call gentrification happens.

This is not necessarily bad. I’ve always loved these ‘outsider’ parts of cities, and the dynamics between the new and old paradigms. But this time I’m not interested in playing the gentrification game. Because I believe that there are creative ways to build edge communities within the core of cities these days.

But I need some help.

I’m looking for creative solutions to get hold of a great space, which is way beyond my budget for my community. Here are four inspiring models / stories I’ve found so far: 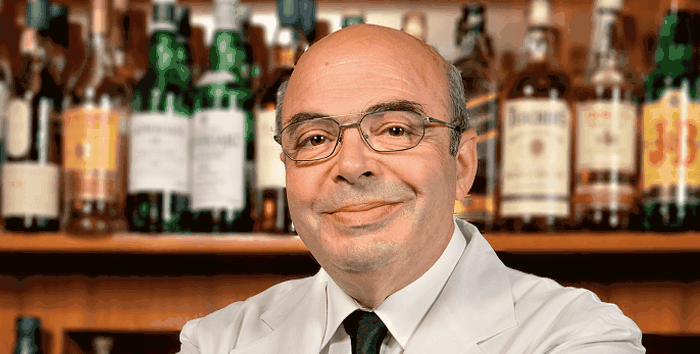 This model is very old, but I can see it coming back in our new networked, digital era, where the stationary, impersonal office is increasingly replaced by relations and trust-based communities. Gastgeber is a German word, which means host or rather a person who allows a guest into the host’s home.  In the Gastgeber Model, such a person often lives on the premises, and acts as ‘door opener’ for the space. He or she allows people to come in. The gastgeber is paid by the owner of a building to let the right guests through the door. People who will add value to the building. The gastgeber might host parties, workshops, classes, conferences or other events. Berlin’s old Munzsalon is a good example of this model. 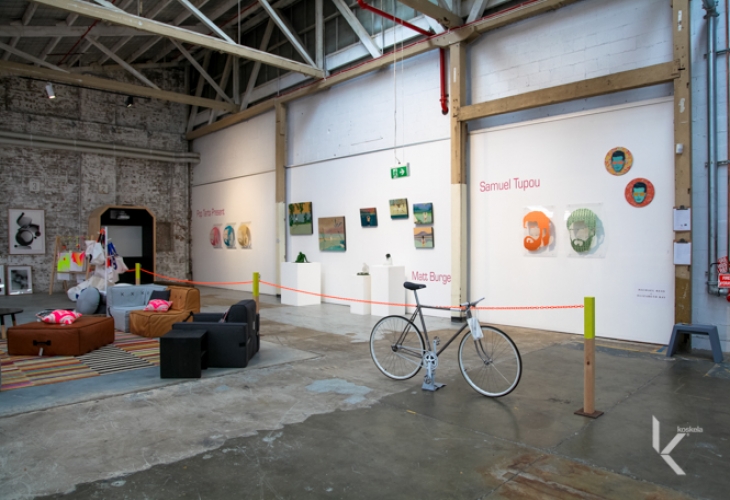 In this hybrid model, similar to the pop-up model, middle-men negotiate short-term space leases between property owners and potential tenants. My friend Tim is one of these middle-men. He is passionate about activating empty spaces in his home town, so he works hard to bring owners and potential tenants together, in order for these spaces and the town centre to thrive. Property owners often have empty buildings waiting to be developed for years, and this is where the temporary In-between model comes in. A nice example of the In-between Model is The Empty Spaces Project at the University of Technology in Sydney, which promotes the short-term, low cost ‘meanwhile’ use of empty sites for creative and community development. 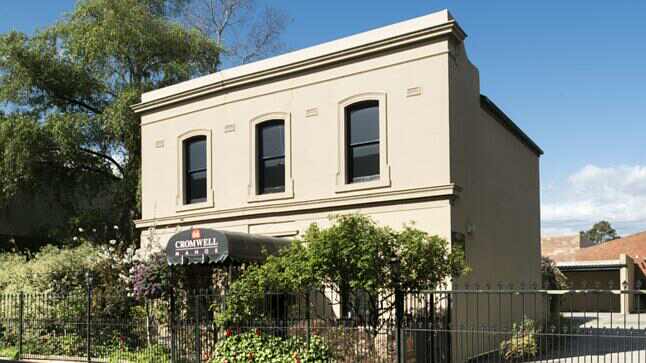 The Kind Billionaire model is a sped-up version of the old-paradigm-model centred around non-profit and philanthropy. Back then a non-profit community worked day and night for a cause but for no money. After many years they managed to compile evidence and documents needed to apply for grants. After another couple of years they were given an old building in the centre by the city council, a government agency or a philanthropy fund. But unless you want to burn out before this happens, this old model is not recommended. Instead, you go straight to a kind billionaire and ask them if they have any empty houses or spaces you can lease for cheap or free. STREAT – a social enterprise in Melbourne did this and managed to get a 20-yr lease for $5/year. San Fransisco-based [freespace] has scaled up the Kind Billionaire Model and are busy building a global network of free spaces, supported by kind people. [freespace] is now a global movement. Currently there are spaces developing in 26 locations and 18 different countries around the world. 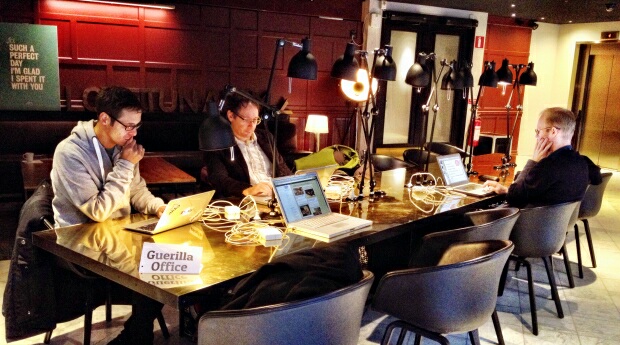 The Guerrilla Model is based on the old-paradigm-model of occupation. You know the model where anarchists or hippies break into a building and reclaim it. After a while they are thrown out by police, but hey, it was fun while it lasted and they had some great parties! The Guerrilla Model uses similar tactics but with some very interesting tweaks. People applying the Guerrilla Model are clean, quiet and friendly. They ask if they can occupy. They leave when asked to. The best example I’ve seen of this model is Guerrilla Office, which started last year in Stockholm. This edge community of portable office workers have now expanded to several other Swedish cities and an international launch is coming soon.

So, please help me. What are some other inspiring stories or radical models of edge communities getting awesome spaces that you’ve come across?

Thanks to Jan Bathel, Bernhard Krusche, Eddie Harran and Vasilis Mavroudis for inspiration and research.